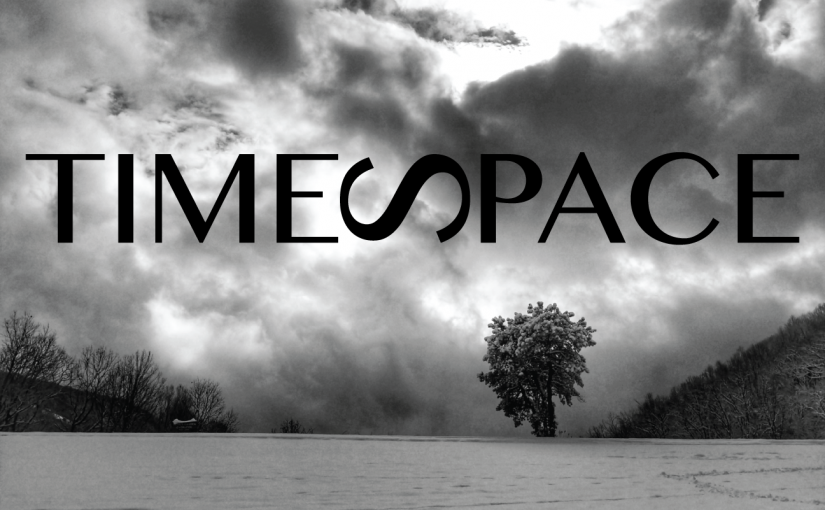 Early December snow fell on Alleghany County, North Carolina.  We got about six or eight inches, with deeper drifts in the usual spots.  Of course, as a photographer, as the flakes start to fall, and it becomes apparent that we’re going to get some serious accumulation that will stick around for a while, I start thinking about the best spots to shoot, and how to get there before they’re disturbed, especially by other humans.

And I start checking the weather forecast to figure out when and where the light and snowscapes are going to be best, thanks to clouds, wind, and all those intricately interwoven variables we just can’t know.

My father and I started on the Blue Ridge Parkway at the gate near Mahogany Rock Road, at the base of Bullhead Mountain.  Technically, I can easily hike here from the house, but I wanted to save some time and get to some good spots while the conditions were good — and potentially before anyone else got there.

I wasn’t sure how far we would hike, but my father said he was up for the challenge, so off we went up the road, making first tracks in the snow.  Of course, the primary objective was shots with my trusty Canon, but I was excited to put the camera on my new Google Pixel 2 to the test.

We made our way past Devil’s Garden and Air Bellows, ending up at Brinegar Cabin.  I hike a bit faster than my dad, so I had some time to myself to skirt around the cabin in the snow-laden brush and get several shots of the snow-covered cabin.  The view from the Parkway wasn’t too shabby, though.

From this angle, I like to think that there is someone in there, peeking out the window, trying to stay warm, trying to decide if they REALLY need to go to the outhouse or not…

This one, I believe, is worthy of placement in historical archives. I’ll have to look into what it takes to submit photos to the federal government and other local regional historical societies. Of course, I’m open to suggestion as well!

My father caught up with me, and after he enjoyed some time observing the beauty of the cabin in the snow, we headed back toward the truck.

One of the benefits of walking on the Blue Ridge Parkway when it is closed is the different pace of observation possible while you’re moving through the space. Clearly, walking (especially with no threat of vehicular traffic) affords a pace of observation that cannot possibly be had while driving (or even riding in) a motor vehicle. Even as much time as I spend riding my bicycle up and down this same stretch of road, there is no comparison to the level of detail and context you can consume when perusing the space on foot.

I’ve seen this fence and those hay bales (or their ancestors) thousands of times, but I’ve never seen that nail in that fence post. I’ve never wondered why it is there, at that angle, and what it used to fasten to that post.

For comparison, here’s a shot of the same field, captured with my Pixel 2 on the way out to Brinegar Cabin, just an hour or so previous.

The heavy clouds afforded nice flat light to evenly capture the snow on the trees against the dark hills behind.  It felt like the whole world was sleeping.

Because I was stopping frequently to take photos, my father’s steady pace allowed him to gain substantial leads on me as we headed home.  At one point I was able to capture him in his element, nearing Air Bellows Gap as snow stirred in the air.

One of my favorite things about the topography of this area is the interplay between peaks and clouds, thanks to the fact that we’re at the top of the escarpment.  The clouds always weave their way through, and the dance is always better when the whiteness of snow and clouds is contrasted against the dark dormant winter forests.

At one point, the fog rolled in, and had we not known where we were going without needing to see any landmarks, aided by our pedestrian pace of perception, we’d have been in some serious trouble. It was damn near impossible to see the road or anything else.

Another benefit of having the Blue Ridge Parkway closed is the safety it affords for stopping and standing in the middle of the road to capture photos that would otherwise be extremely dangerous. Based on my lens setup, had to stand directly in the southbound lane of the Parkway to get this shot of the lone pine tree standing at Devil’s Garden Overlook. The clouds were beginning to disperse, and the backlight was perfect.

I imagine this tree is similarly beautiful in the summer, but I doubt I’d be able to capture the same angle on a clear summer day (and a Parkway full of traffic) without at least an increased heart rate.

A different angle of the tree, captured with my Pixel 2 as the clouds began to part.

We were lucky that the usual winds which whip through these gaps over the escarpment had not yet blemished much of the snow on the branches.  As I walked along, my mind was exploding with the patterns of lines in these branches, enhanced by the solid cloud backdrop.  They practically crackled and glowed.

At one point, near the end of the journey, I felt compelled to turn around and observe my own tracks.  The converging lines convinced me to grab my Pixel 2 for a quick snapshot as the clouds parted just so…

Take notice that we’re not the only species taking advantage of a closed parkway.  I find it hard to believe that any animal would walk such a straight line at such a slow pace, was it not aware or able to somehow sense a decreased level of danger and urgency.  Of course, there’s no way for any of us to know for sure whether any other species can conceptualize the idea of closing the gates on sections of the Blue Ridge Parkway and its consequential drastic reduction in motor vehicular traffic, much less the concept of “Blue Ridge Parkway” or even “road” or “snow” or “human”, but I like to think that some level of relaxation was experienced by my fellow species.

We get back to the truck, and as I watch it get hidden and revealed by the passing clouds, I manage to get a shot of my beloved mountain, Bullhead.  Before us and even now, some call it Araniska.

Following a well-earned day of rest after a nine-mile slog through the snow, I headed back to Mahogany Rock to hike along the MST Connector trail and see if I could get (up and) down to another homestead site to capture more virgin snow shots.  Thanks to cold temperatures, most of the snow still remained.

One of the things I love about winter photography is the consistently good light (and longer shadows) resulting from the sun’s lower trajectory through the sky.  Coupled with clear skies and relative stillness, I felt like I was walking through an electric sketchpad.  So many entrancing lines.

I was captivated by remnants of snow in crotches of trees…

And I found some vines that I should have shot from more angles than I did.

As you might have noticed in previous excursions, I’ve begun an approach to capturing many of the species with which we share this planet by photographing them from directly overhead, such as jellyfish at Sunset Beach, North Carolina or sea creatures at Edisto Island, South Carolina.

I believe this angle provides an opportunity to observe these species in a manner that few humans would ever choose, especially if it required bending over and letting all the blood rush to one’s head while staring at a dead jellyfish or snow-encrusted leaf. Why not give someone the chance to see these aspects of our fellow species in a more comfortable position? On this particular adventure, I gathered several similar shots of dead leaves in the snow.

And the curve of another plant gave me pause.  Certainly a reflection not possible without snow.

One positive consequence I enjoy about out-and-back hikes: you get to see the same spots from at least two different angles, and the light is always changing.  On the way home, the impeccable light showed me these fascinating fungi on the trunk of a tree.

I’ve become increasingly curious about fungi, especially after reading the works of Paul Stamets and Tradd Cotter.  Beyond which ones are edible and which ones can take you to dimensions other than the one most of us currently inhabit, I’m interested in which ones do well in beers, pasta noodles, granola, and other edible by-products of fermentation, another creative passion of mine.

As I headed back to the truck, I managed to sneak around and get a shot of this grill covered in snow.

I’ve always wondered about this grill, which is located fairly close to the old fire road that is currently the MST, about two-thirds of the way up Mahogany Rock.  I figure it was either part of someone’s backyard party pad, or it was some kind of public or private park area for residents of the nearby housing development that used to be on Mahogany Rock.  I wonder about the stories that were told around the fires belching from the guts of this stone behemoth, and I wonder what kind of beer they drank while trading these stories.  I wonder how to find out more information about what really happened to Mahogany Rock and the federal government concerning the Blue Ridge Parkway and the cable car and, from what I’ve been told, a Ferris wheel!  Seems like another story for another time.  I’ll have to break out my Library of Congress card and see what sorts of rabbit holes I get into.

I never did make it to the homestead site.  Due to some afternoon plans, I had to turn around after three miles and head back to the truck.  Looks like I’ll have to go back again!