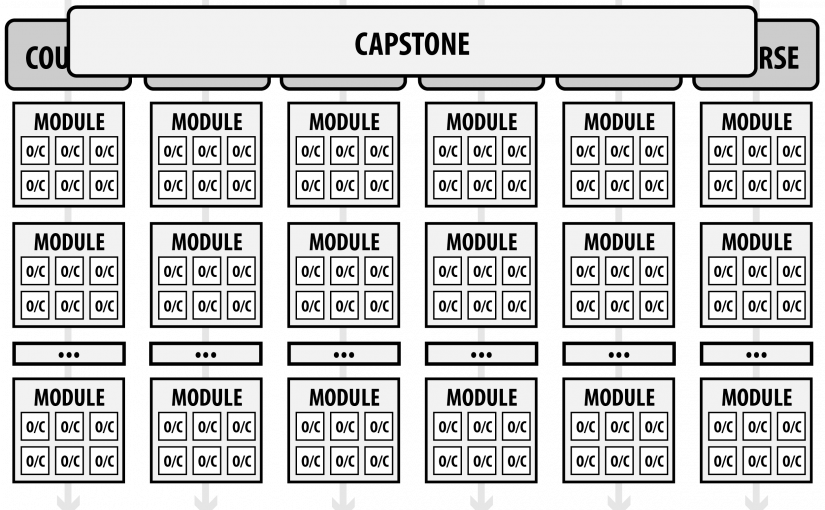 I participated as Head of Instructional Design with CogBooks as a contracted role, as at that point CogBooks was a fairly early stage startup, based in the UK.  I worked closely with the Founder and CEO Jim Thompson.  I am happy to see that CogBooks is now a part of Cambridge University Press & Assessment.

In my time with CogBooks, I contributed to quite a bit of forward progress on several lines of work.  ​​I attended the AERA conference in 2014, where I initiated conversations with several potential clients (including universities and publishers) and potential partners.  Through my executive connections at Arizona State University, I Initiated the client relationship between CogBooks and ASU Online, which, as I understand, is now flourishing.  I conducted a review of ASU’s goals for adaptive learning, while continuing conversations to generate the client relationship and potential authoring tool development partnership.

I conducted a Needs Analysis evaluation for the current state and future plans of CogBooks Authoring environment, generated a report of Recommendations for Improvement in Usability of the authoring platform for Jim Thompson, and generated slides of “Authoring Tool Vision” for Jim Thompson to be included in webinars and other presentations with current and potential clients.

I generated the initial draft of the CogBooks Platform Mechanics Overview document for internal circulation.  This was essentially a list of questions concerning specific details of mechanics of the CogBooks platform in four key areas: Content Delivery; Presentation and Interactivity; Assessment; and Algorithm and Recommendations Engine.  The purpose of this document was to continue assisting with client/faculty induction as well as prepare for scaled up CogBooks staff induction.

I generated a design plan and specifications for a demo presentation to be delivered in turn-key fashion to Gates Foundation executives.  I collaborated with Jim Thompson and others at CogBooks to generate several animated videos to highlight various elements of the CogBooks platform, and then generated a slide deck to house and preface these animations within the context of Gates’ perspective on CogBooks.  This included an assessment scenario I designed, as well as a demo course I built using the CogBooks platform specifically for the purpose of the Gates Foundation demonstration (and later used in other demos).  I am pleased to say that, because of these efforts, CogBooks received a grant from the Bill & Melinda Gates Foundation to develop adaptive courseware for colleges as part of the Next Generation Courseware Challenge.

Concerning demo courses, I began designing a demo course in Basic Geology (with the work halted due to a refocus on other projects).  As mentioned above, I converted my existing “flipped” Communication Design Basics university course into a CogBooks platform demo course.  For this course, I generated specifications for our team in India to upload all content, structures, and relationships.  I also generated concept maps to reflect the adaptive relationships within the course, as well as the necessary assessment tasks to be developed to accomplish such adaptivity.  Through several feedback loop revisions, I then generated an Assessment-Driven Development Plan Timeline for the Communication Design Course outlining and specifying three separate plans for continued development of course sections as a much more adaptive demo of the CogBooks platform, including estimations of  time/personnel requirements.

I collaborated with two CogBooks colleagues to continue strategization and actualization of the Faculty Induction Handbook and associated procedures.  This was, essentially, the guidebook for how to use the CogBooks platform.  We wanted to make it as easy as possible for new clients and customers to get their courses up and running.  As part of this work, I generated the Assessment Design for Adaptive Learning to be included in the faculty handbook.

For one of our clients, an institution of higher education, I created an overview and summary of CogBooks’ understanding of this client’s approach to Competency Based Education and how this translates to Assessment, Course Design, and Content Delivery.  I then made a demo presentation to this client’s stakeholders about how CogBooks could work for their course development.

I also gave a workshop on Measurement and Assessment in Adaptive Learning at SUNY Empire State College, delivered to several stakeholders for a few clients (and potential clients) in the region.  Here are the slides, the outline, and an example handout from the workshop.

I completed a longitudinal Assessment System Plan for the CogBooks platform, including example task specifications.