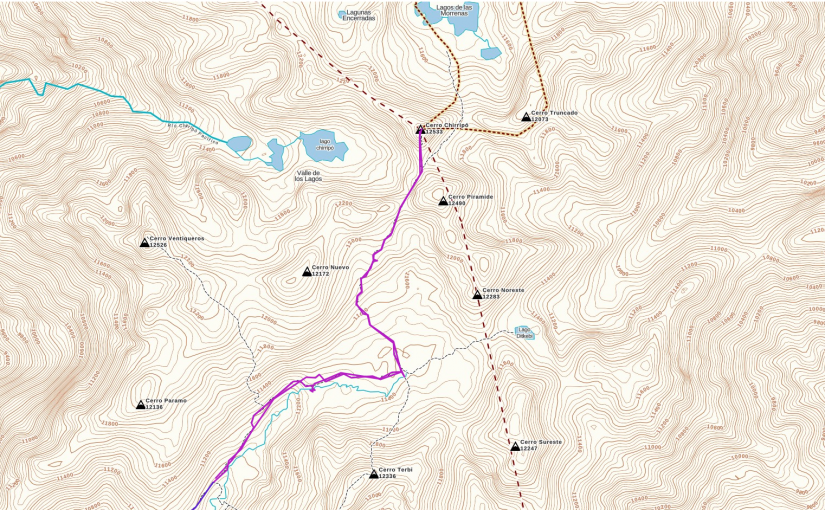 We’ve been at the house near Dominical for several days now, almost a week.  It’s a nice change of pace to head to San Isidro de El General, where we are to rendezvous with Walter, our guide who will lead us to the trailhead and ensure that we’re properly registered for the trek.  The drive to San Isidro is rather calming. In the vehicle with me are my father, my brother-in-law, and my nephew, who is currently nine years old. We speculate that upon completion of our trek, he will be in the running for being the youngest person to summit Cerro Chirripó this year.  Just in the nick of time, since our calendar year is almost over.

Not surprisingly, it’s rather easy to find our meeting place—Panaderia y Cafeteria Mi K-fe—however, there is some consternation over where to park the vehicle.  We end up being able to park next to the cafe, and we head in to get some lunch. I order a cafe con leche and huevos rancheros. The waitress brings a cart to the table and makes my coffee on the spot.

My father has been communicating with Walter, and he joins us soon after we arrive at the cafe.  Walter is quite amicable, and I find out later he is 72 years old, even though he only looks about 55 years old.  He tells me more about Mi K-fe: it’s a local chain with ten or so locations, essentially a franchise, and if I understand correctly, the one in which we sit is the original.  We finish lunch, and the first stop is to fuel up at a gas station in San Isidro since our vehicle is almost empty. We get a brief experience of rush hour in a Costa Rican city (the second largest in San José Province) before we continue up the road to San Gerardo de Rivas in the Talamanca Mountains. END_OF_DOCUMENT_TOKEN_TO_BE_REPLACED